So just what the heck do you think you are doing here dude? 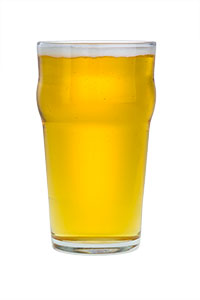 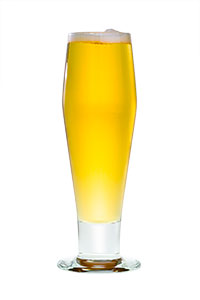 BeerRotate_3
So how did this little micro brew beer and brewpub obsession of yours get started? Hey, glad you asked and believe me I am going to make a long story tedious on telling it. Back in 2010 I had the convergence of two forces that came together. One, my brother gave me a call out of the blue and asked if I still had any of the equipment around that we used back in college to brew beer? The answer was no, that was 30 years ago, I am a pack rat but not to that extent! When I ask why, he said he had visited a home brew store, knew of good location for a brew pub and being a CPA saw a high margin between what it cost for ingredients and what a pint of brew sold for. He thought we should start a micro brewpub. Of course my bother had never started a small business before and had only had experience in keeping large corporation out of trouble while paying the least amount of taxes as possible or shutting down companies not making enough profit. So he really had no idea what it took to start an under funded micro business with owners who had great ideas and great dreams but no idea of what they were actually doing. Which for me that seems to have been my client base my whole career in photography, graphics and advertising. Once I told my brother I no longer had any of the stuff we used for brewing beer back in college and gave him some idea what the learning curve would be like to start brewing beer and opening a pub, some of his enthusiasm faded, but he finished with “well think about it.” All would have ended right there as I knew nothing about brewing beer the way they do today – back when it first became legal to do home brewing we just used a pot on the stove, a small plastic garbage can, a used water cooler bottle, some cans of stuff we bought at the first home brew store to open in Eugene and when it started to smell like beer and seemed to have some alcohol we drank it, crud and all. I don’t think it ever made it to the bottling stage. Fortunately, the brewer of today’s fine crafted micro brew beers did not follow our college example.

So now the second part of the convergences comes in to play. At this time I was just starting to date a lady who when I told her about the conversation I had with my brother thought it would be a good idea for me to look into brewing beer and brewpubs. It seemed her ex-husband from many years ago had spent way to much of his time at the Horse Brass Pub drinking micro brews which was one of the problems they had with their marriage and one of the reason they got divorced. So now that she and I were just getting to know each other she is thinking it is a good idea I spend time hanging out in pubs and learning about micro brews as something that would help build our relationship, really? Needless to say the relationship did not last to long but long enough for us to visit several pubs and the summer brew fest and to reinforce what I had originally thought, I knew nothing about micro brew beer. This included how they were made or where to drink them but I was “thinking about it,” and so the journey began.

Wooh, way to much information dude, chill out and have a beer (I told you I would make this story tedious). So from all of this I gained a determination to learn about micro brew beers and pubs that served them. I am sure many others have taken this journey for their own reasons. I know I am not alone here. I first started by visiting a few pubs and doing some sampling. At the time I did not know the difference or the name of something that was golden looking or something that was black as night. The first time I went to the summer brew fest I got overwhelmed with the variety of beers (of course now I know all they served were IPAs and pale ales). So many different types of beers and I had no idea what was what. I did come away knowing one thing that for me it was more then just about the beer. What interested me was a total pub experience. After all I could drink a beer any where. It was the combination of beer, food and a nice place to enjoy them and enjoy good company that was important. So I got the idea that if I really wanted to know about pubs I needed to visit a lot of them – like everyone in town. So to do this and keep track of this quest, I needed a list of the brewpubs and taprooms in the greater PDX area. So that was how “the list” got started.

At first the “the list” was just something I had a word document on my home computer. When I could snare someone to go on a pub-crawl with me I would pull a few pub names from the “the list” and off we went. It happened my list planning was not always right on and at times we still had time to try more pubs but I did not have the info with me. If only we could access “the list” from a smart phone while out about. So “the list” eventually moved online. So that is why this website is here.

The trill is gone. For many years I found excitement finding out about micro brews and a hope of getting into it as a business. That has all drifted away now. The micro brew industry has hit maturity with the shake out period happening. So many breweries closed last year that it amazes me. I know about beer now so the excitement of learning is gone. So I see less activity on this site to come and at some point it may depart as so many of the micro breweries are doing.

Archive of past news